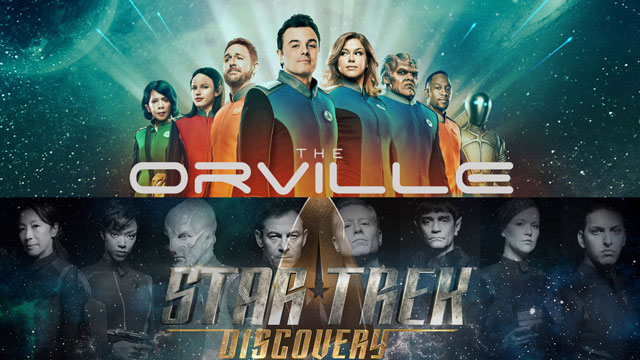 * The Expanse is also very interesting, but it’s more like a film noir or a political drama than a true Sci-Fi show with spaceships and exploration of alien planets.

At an age where the term ‘Sci-Fi’ is usually relegated to superhero movies and TV series, ‘true’ Sci-Fi series with actual spaceships feels like a breath of fresh air. Maybe it’s just nostalgia, but I feel there’s something special about a crew of ordinary people with no demigod-like magical superpowers who explore the universe and solve problems using science and reason.

So it was with high hopes that I watched the first three episodes of Star Trek Discovery and first four episodes of The Orville.

So far, I am both entertained and disappointed in almost equal measure by both shows.

Star Trek Discovery turned out to be a generic dystopian Sci-Fi show with no relation to the Star Trek legacy. It reminds me a lot of the ill-conceived Stargate Universe which effectively killed the Stargate franchise. It is dark (both metaphorically and literally). It is edgy. It has a huge budget for special effects. And it totally fails to capture the themes of hope, pro-science advocacy, and teamwork that the Star Trek franchise had in its core since its very beginnings in the 1960s. 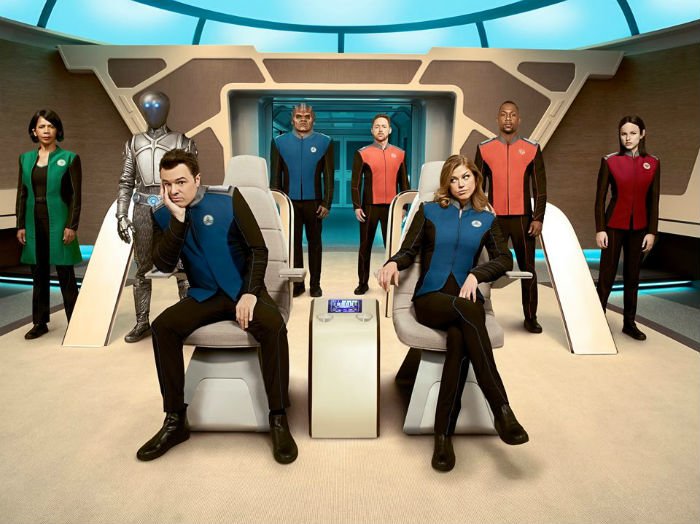 The Orville is charming but shallow.

The Orville on the other hand is heartwarmingly charming, but severely lacking in originality. It is basically a love letter to the past Star Trek series. The problem is that although it is obviously a labour of love for all things Star Trek, it has no new ideas to present. The plots of all four episodes aired so far are recycled from Star Trek TOS and TNG, as are most of the characters and their relationships.

In balance, neither of these two series is (so far) as good as the original Star Trek series created by Gene Roddenberry. Discovery has better visuals, but it’s Star Trek only in name, just like the J.J. Abrams movies. The Orville is a clone of the classic Star Trek. A good one, but with nothing new to say.

I doubt that either series is going to last longer than one season, but at least for a short time we have two new Sci-Fi shows to enjoy. And that’s a good thing.

UPDATE: both shows have been renewed for a second season. I’m happy, but surprized.