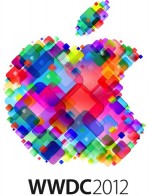 Another WWDC keynote has come and gone, and with it the hope for a new and improved Mac Pro. But what can one make of the rest of the announcements (or lack thereof)?

First, a small disclaimer: this is my first take on the WWDC keynote announcements. I didn’t delve too deeply on the specs of the new hardware, or on the new features of Mac OS X and iOS 6. With that out of the way, here are my first impressions in no particular order:

Retina displays are great for reading and writing text for long periods of time. I wish I had one when I was working full time as a tech journalist. However, as a purely practical tool a retina display is not as essential to a computer as it is on a tablet such as the iPad. The reason should be obvious; the iPad is uniquely suited as a reading device, while a Mac is more of a general purpose beast.

Another question that occurs about Retina displays is the actual usable screen real estate. Retina displays use pixel doubling for UI elements, so a 2880×1800 monitor will have an effective screen real estate of 1440×900 which is nothing to write home about. Also, drawing all these pixels has to have some impact on the graphics performance, so I very much doubt if this Mac is going to be any good for gaming, at least in the native screen resolution.

As for the rest, I am glad Apple has not let me down, and continues to play musical chairs with essential features. This time we got a double treat: no Firewire or Ethernet. Just two Thunderbolt ports, which are currently about as widely used as outdoor swimming pools in Alaska. Of course, just in case someone out there needs to connect a Firewire device or an Ethernet cable, Apple, out of the goodness of its heart, has graciously consented to offer two Thunderbolt to Firewire/Ethernet adaptors, which are -naturally- sold separately for $30 a pop.

Even for people who don’t mind paying an extra $60 for features that should be built-in, having to lug around even more adapters must tick them off a little.

And nobody seems to mention that the new MacBook Pro doesn’t have a DVD drive. Of course, DVD drives are sooo mid-2010s and now with the App Store, nobody needs these clumsy disks, right?

Of course, DVD disks are used for anything from a reliable non-magnetic backup to a cheap way of mailing huge amounts of data that could never be sent via email, to making home movies and slide shows that can play in any home DVD player without the need for special adaptors, cables or other euipment. But you can always get an external DVD drive. Coincidentally, Apple offers one for the low, low price of $80.

So the lack of DVD, Ethernet, Firewire, and a display with an effective real estate of 1440×900 are all perfectly natural – for an Apple product.

There is one thing that puzzles me though: Apple’s obsession with thin. I have never, ever talked to anyone who said to me: “You know, this computer is great. It has all the features I want, it’s light enough to travel with, has a reasonable price, and a very nice design. I just wish it was thinner.”

First of all, thinness has nothing to do with weight. Weight is the prime factor in a portable computer. All a thinner computer design does, is that it makes it easier to break, and more expensive to fit stuff into. Not to mention making it very much harder to disassemble for repair.

Thinness is fine for supermodels, but has no relevance on a portable computer. I wish Apple realised that.

Apple has let down more than the pros who expected a new Mac Pro – or at least a modest update. Apart from a quiet bump in CPU speeds, the Mac Pro remains unchanged. But even that was not so much a let down (pros know better than to trust Apple) as the total lack of any desktop Mac announcements. There are two possible explanations for this: Apple decided to phase out desktop models altogether, which is unlikely in the extreme, or the new models are delayed for some reason.

There are many possible reasons why the new desktop models might be delayed: maybe Apple is making completely new case designs which means that they want the current stock to be depleted before they release them. Or maybe they have some sort of supplier trouble – wouldn’t be the first time. Mac Rumors reports an alleged email from Tim Cook who said that new desktop Macs will appear “later next year”. Whatever that means.

Taken along with the Mac Pro letdown, the discontinuation of the 17″ MacBook Pro makes one think that Apple is determined to piss off all professionals that are still clinging on the Mac platform. Not to mention anyone who’s vision is not perfect and needs a larger screen to work.

I’ve read somewhere that the reason Apple discontinued the 17″ model is lack of sales. To which I answer, what did Apple expect? They sold a 17″ portable at about three times the price of a corresponding PC portable. Apple: screen size is not, would not, should not, be used as an excuse to increase a portable’s price tag. Release a plastic white 17″ MacBook (not Pro) for $1000 and you’ll see if anyone buys a $1800 15″ unibody MacBook Pro ever again.

I really haven’t had time to examine the new iOS and Mac OS X features in detail yet. In any case, I always prefer to reserve judgement until I have a hands-on experience. That said, I didn’t see anything revolutionary. Just an incremental evolution of what’s already there.

The new iOS 6 maps app might be useful if it can function without an active internet connection. Otherwise it’s just as useless as the current Google maps app.

Ditto for the dictation feature in Mac OS X. A Mac has enough computing power for speech-to-text without the need to send the data to Apple. I don’t want any big company to have a record of what I’m dictating, period.

All in all, this WWDC was a mediocre affair. And it definitely needed a “one more thing” moment.