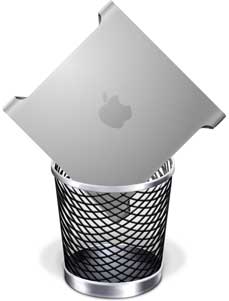 Having started life as the Power Mac G5 in 2003, the Mac Pro is the only Mac suitable for power users. Unfortunately, it is also severely overpowered and overpriced. Recent rumors, as well as the lack of an 2011 model (the Mac Pro was usually updated once a year) suggest that Apple may be considering its withdrawal.

But is this really the case, and if so, does it matter?

In recent years, Apple’s focus towards consumer products has hurt its standing with professional users. The recent snafu with Final Cut Pro X only serves to illustrate this trend. The truth is that the professional market was always too uncomfortable for Apple. Professionals are very difficult customers to please: they want backwards compatibility, bleeding edge performance for as low a price as possible, and high reliability. In other words, precisely the opposite of what Apple offers today.

Todays Macs are certainly well-designed, but they break down a lot more often than they used to. For consumers this is not a problem, because they can take their broken Mac to an Apple Store and get it fixed, or even get a new one. For a professional with a deadline, a broken computer means lost time and money. I own a 2008 Mac Pro which came with a broken DVD-ROM drive which half the time would not open the tray and a faulty graphics card which prevented it from waking up from standby mode. Both these issues would be easy for a consumer to fix, by returning the computer for servicing. For a professional whose time is money, having his workstation unavailable for a week or more is unacceptable.

Also, Apple plays it too fast and loose with its third-party hardware support to suit most professionals. Almost all new Mac models have very limited (or none at all) backward compatibility with older hardware and too few ports. Again, this is no problem for a consumer who just wants to upload photos from his $200 digital camera. But for a professional who has over $10,000 worth of equipment, losing the ability to connect them to a new Mac because it does not have the port used in the previous generation of Macs, this is a very big deal.

As for performance, most professionals need a computer that has a good price/perormance balance. Not a beast, nor a dwarf. Apple’s consumer line typically has this balance, but their Mac Pro line (which is the only realistic choice for a professional) has too much processing power (which is not utilised by the software, and therefore it’s useless in real-world terms) making the Mac Pro far more expensive than it needs to be.

Last but not least, Apple wants to induce its customers to buy a new Mac every two years or so. Building notebooks without a replaceable battery is a clear indicator that Apple designs its products with a definite expiration date. However, most professionals may keep using the same computer for half a decade, or even more.

So in any way you look at it, Apple has little to gain from the average professional. So does it really want to continue building a Mac for professionals, who are not happy with it anyway? I only bought the Mac Pro because I had no other choice for a Mac with internal expansion capability. Even today, I rarely see software that can utilise all its CPU cores efficiently. Most of the time it runs at 15% capacity. I would be much happier with a Mac pro with less CPU power and a lower price tag. But Apple never gave me this choice.

To summarize, here’s what I think most professionals want from a ‘Pro’ Mac:

What Apple actually offers to professionals at this time:

For years Mac power users have been clamoring for a Mac ‘X’, an expandable mini-tower with a reasonable price. Apple has seen fit to ignore this demand, with the result that most professionals now either buy iMacs or build their own Hackintoshes (which offer the same benefits as the Mac Pro without any of the drawbacks discussed above.)

The small minority of professionals who actually can utilise the Mac Pro’s processing power and don’t mind the premium price are not enough to sustain the product line. So it is indeed very likely that the Mac Pro will go the way of the Xserve.

With the Mac Pro gone, all that remains is to see if Apple actually creates a Mac ‘X’ mini-tower product, or if it will continue to ignore this part of the market. With the consumer product lines more profitable than ever, the latter is more likely than the former. However, losing the goodwill of the professionals may have more far-reaching consequences than Apple’s leadership can forsee.